After retirement, many players take multiple routes to their next career path like being a talk-show host or an FBI Agent. Some take the route of coaching, which has had great success for multiple past players. Don Shula and Jim Harbaugh are examples of that. With all that said, let’s look at five former Chiefs who could become coaches in the NFL in the near future. 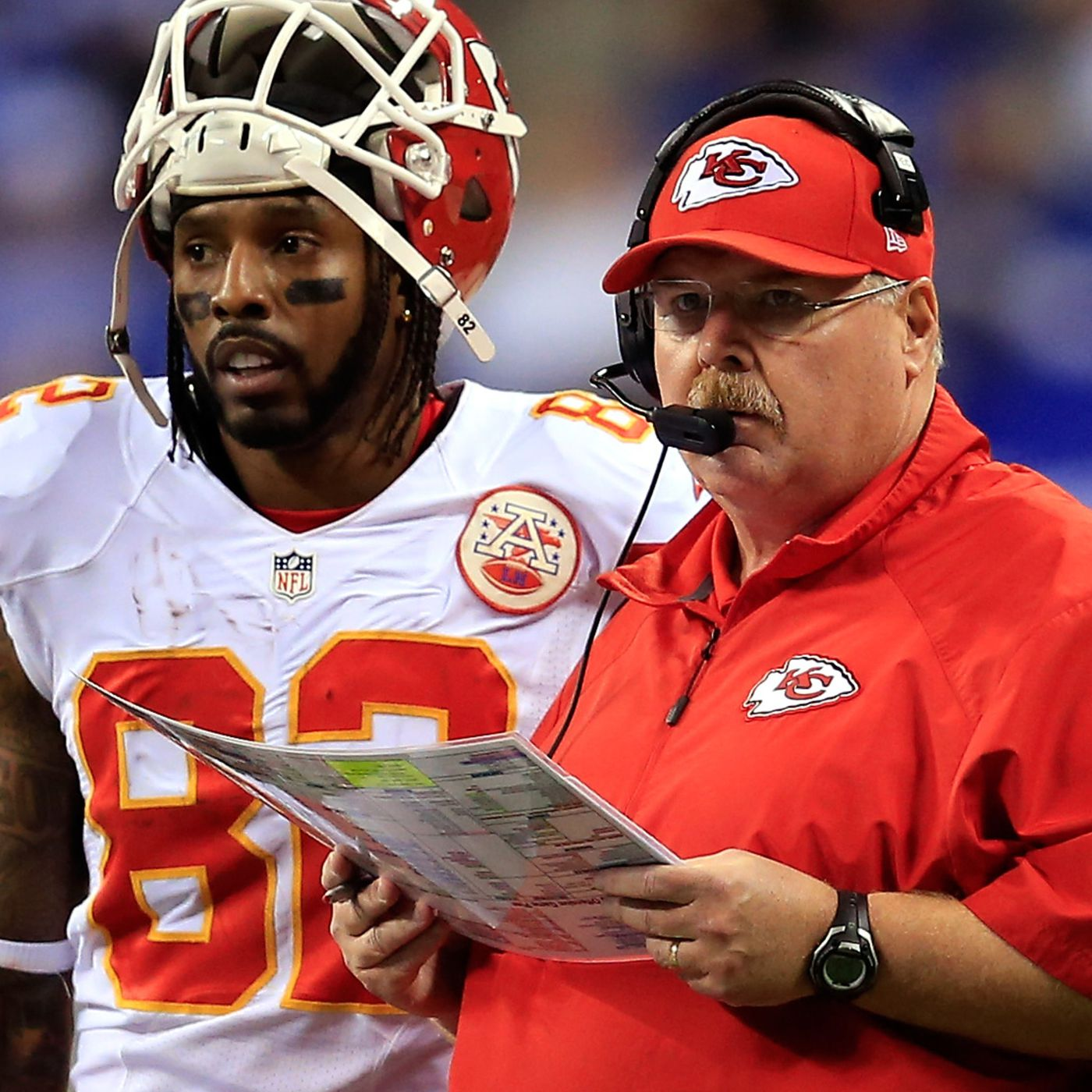 After retiring as a Chief in 2019, this wouldn’t be a shock for him to take a shot in the coaching realm. Bowe was drafted in 2007 in the first round and he is a former second-team all pro, pro bowler, and receiving touchdown leader (15 touchdowns in 2010). He was an outstanding receiver and I believe that he has the skill set to become a receivers coach in the NFL. He would be able to teach rookie receivers how to effectively run their routes, when and where to make their cuts on a route, so on and so forth. 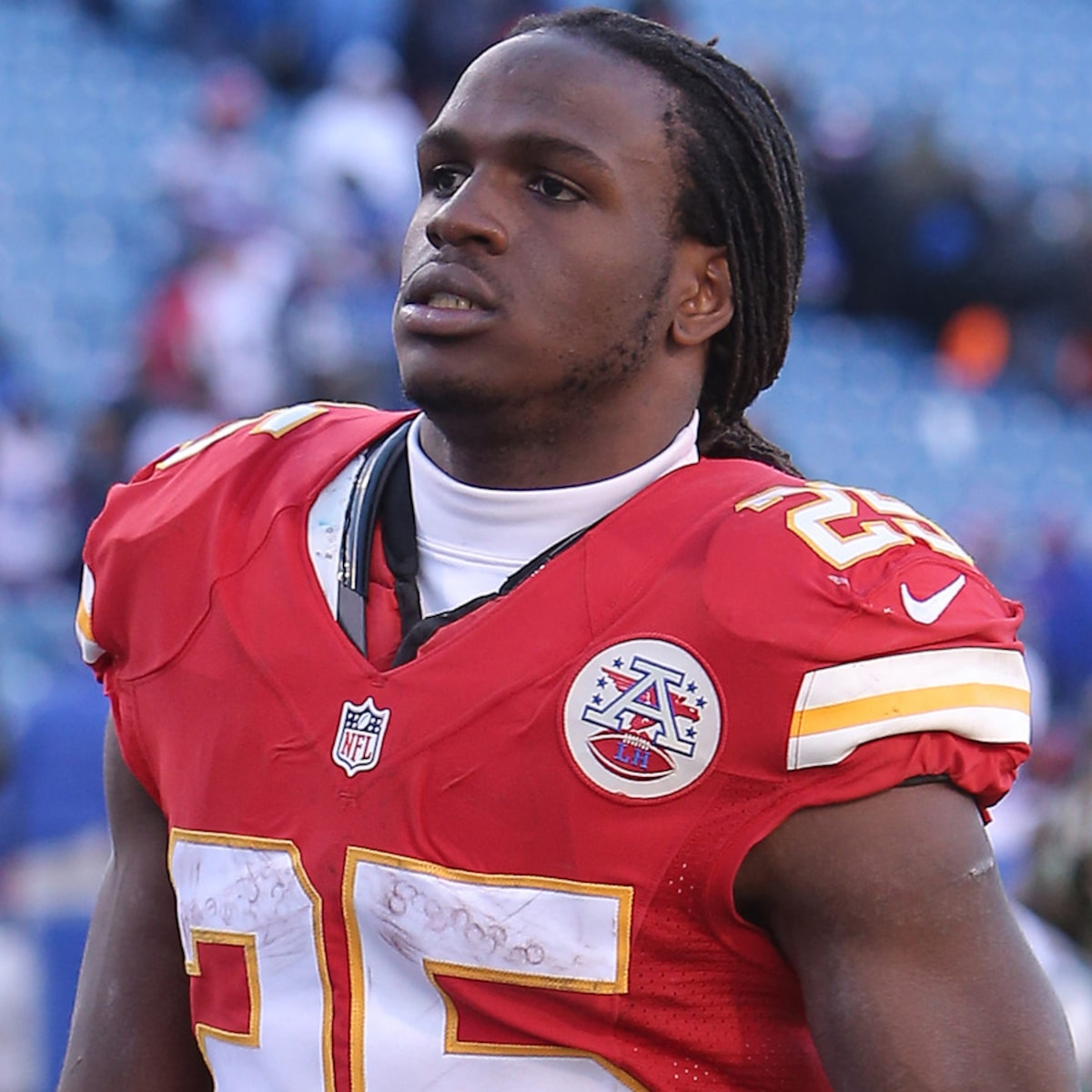 Another Chiefs player that can secure a spot in the coaching realm would be Jamaal Charles. Charles, arguably one of the best RBs in Chiefs history, had five 1,000 yard seasons, four pro bowls, and two first-team all pro along with one second-team all pro selection. He would be highly able to land a RBs coach job due to the skills that he can teach other players, like evading defenders, and the impact he had on the game. His knowledge of the position would also give him an advantage in the coaching pool as he had played it effectively over the course of his career, even though injuries hampered his playing ability in some years. 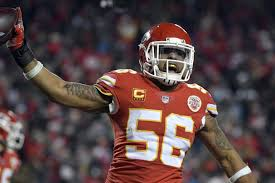 One of the members of the triple-threat LB core with Justin Houston and Tamba Hali, Johnson was a valuable member of the Chiefs defense from 2005 to 2017. With his knowledge of the game and the ability he held even in his latter years, he was always known as a force to be reckoned with. In 2018, Andy Reid stated that, “I’m pulling for him (Johnson) that maybe (another playing gig) happens for him in the future, but I told him if it doesn’t, just come back and he can start his coaching career. He’s a top-notch kid.” This means that Johnson could automatically have a job as either the LB coach or an assistance defensive coach for the Chiefs. With the amount of leadership that he held and still has, it wouldn’t be a surprise for him to come coach for the kingdom! 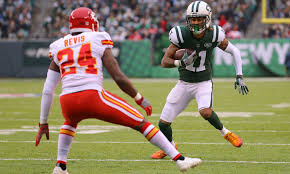 Yes, Revis was only on the team for two months, but we can still add him on this list. Revis is well known for being one of the most lockdown corners the NFL has ever seen, which gave him the nickname “Revis Island”. He can easily contribute his defensive knowledge to the coaching side as either a DB coach or as an assistance defensive coordinator. He could teach DBs better skills on how to lock down routes, how to play more effectively in certain coverages, so on and so forth. Don’t be shocked if you find Revis one day coaching for the Jets or even the Chiefs (if we even are that lucky). 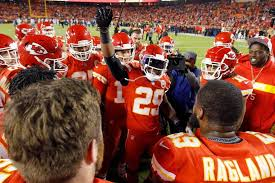 Even though he is still eager to play in the NFL, I can definitely see him coaching in the near future. Berry has been a superstar on the field through his level of play and his endearing amount of leadership that he brings to the table. I can see him being an outstanding defensive backs/safeties coach in the near future and he has the knowledge of those positions engraved into his mind. He can teach the players under his belt the skills he used in the game and how to effectively play better in certain coverages. If he becomes a coach for the Chiefs, it wouldn’t be just an amazing addition for the team, but also for the Kansas City community as well.

Coaches are the generals of a team. With the skills they have and the leadership that they have held throughout their careers, all five of these players can effectively land a coaching job. I hope these predictions come true as these guys are all amazing in their own right. Two players I would love to see personally from this list would be Revis due to his skill set and Berry due to the leadership he brings on/off the field.

Thanks for reading and stay safe out there!

Why the Chiefs should prioritize quantity over quality this off-season